View Gallery
From ₹35,500.00
5 out of 5
Trip Enquiry
Trip code WT-CODE 206176
Jim Corbett was a pioneer in wildlife education and conservation. Long before anyone could foresee the dreadful impact industrialization would have on modern and free INDIA, this man had started spreading awareness about the importance of wildlife and its need for conservation.

With the death of Jim Corbett we have definitely lost a vast treasure of knowledge.  The sort of knowledge the modern day re-searcher can only dream of having. The great man not only knew the flora and fauna of his surroundings but could also talk their language. He could predict the movement of Tigers and Leopards as if predicting the movements of his own kin. He was able to imitate the calls of most of the birds of Kumaon Region and knew almost everything about their habits and habitat. His knowledge of the Birds, Bees, Insects, and Reptiles was impeccable and I can’t think of anyone who learnt so much from Mother Nature.

Jim Corbett’s last and most important gift to his country was the formation of a Reserve in the Ramganga River Valley where all hunting was strictly prohibited.  The Reserve was named as Hailey National Park, after Sir Malcolm Hailey, the then Governor of United Provinces. It was with Hailey that Corbett formed this Reserve and later on the Indian government changed its name to Jim Corbett National Park.

Which brings us to the beautiful place itself. Nestled in Himalayan foothills with the Ramganga River flowing through its very heart, this place evokes emotions that hitherto you would feel incapable of expressing. Many a poets and writers have been at a loss of words after visiting this place.

The lush green Terai grassland  extends for miles before meeting the foothills of the mountains, with the grass gently swaying in the breeze, spotted deer congregating in a small patch of this vast grassland enjoying an afternoon siesta, a lone wild boar foraging for food, eagles circling the skies above your head, it is a picture of absolute tranquility.

You often see couple of Pallas fishing eagles sitting on a dry stump of tree, a lone grey headed fishing eagle sitting high atop a Sal tree overlooking the proceedings below.

Herds of elephants congregate on the banks of the Ramganga River during the dry season.  Guided by the knowledge passed on from generation to generation they undertake a local migration  to come to the shores of this river.

Corbett is one place where you can hear both the trumpets of the elephants and the roar of the tiger at the same time. There are many instances where you can see a tiger passing through the forest with the herd of elephants keeping a close eye on its movement, both the titans giving one other equal respect.

Come join us this summer to visit one of the most beautiful places on earth!! Meet at the Old Delhi Railway Station around 2 PM. Travel to Ramnagar by train. Transfer to resort in Ramnagar. Overnight stay at Ramnagar. Have dinner and retire for the day. Get up early around 6 AM and start your day with a hot cup of tea. Today, you will be entering the Jim Corbett National Park. Start off to reach the Forest Entry gate. Complete the forest entry formalities and enter the park. As soon as you enter, you would be transferred to a magical land where the great hunter and conservationist Jim Corbett use to roam in search of tigers and man-eaters.
This would be our first safari when we would enter the forest. We would be making our way through the thick evergreen and beautiful Sal forest. We would be stopping to look and observe the various mammals and birds that would encounter on our way.

We would reach our guesthouse in Dhikala/Gairal/ Bijrani and complete the check-in process. Have lunch and get ready for the afternoon safari. At about 2:30 PM, the excitement for the evening safari starts. This time, a brilliant time for Photography. At most of the grassland places, you would find inclined lighting, making the photographs stunning.

Corbett is one place where you get greens in the backdrop irrespective of the season. Learn to identify the different wildlife species that you encounter and their significance. Listen to the call of roosting birds, the call of eagles as they soar the evening skies, learn to identify birds by observing their wing patterns. All the while, try to listen and see for any sign for the king of the jungle, the tiger.

All the Jungle folks will ensure that not a single moment in the safari would be dull. At about 6.30 PM our jeeps will start racing back towards the residential area. Post-safari, the adrenalin will be pumping and all of us will be excitedly discussing what we saw and what we missed. One need not feel sad about what one misses because; Corbett has so much to offer that it is impossible for everyone to take everything!

Dinner would be ready by 8 pm and we can turn in early in anticipation of the next morning’s safari! Of course in the night we can hear calls of the barking deer of cheetal or langoor warning the fellow forest dwellers the presence of the Tiger!

Nights time in the jungle is really a time when everything else in life seems insignificant and you can give forget all your worries. Listen and enjoy to the sounds of the jungle at night and try to identify the bird which just gave a call or the animal that made the sound while making a hasty retreat. Indulge in a bit of storytelling, sharing your own jungle stories or listen to the jungle adventure stories that would be shared by others. Share your photographs that you have clicked in the day and learn whether any improvements are needed. Wake up call. Get up and get ready for the morning safari. Enjoy the safari and come back to have a sumptuous breakfast.

Participants can relax, enjoy the surroundings, have lunch and then prepare for the evening safari.

Optionally, participants can also sit in a machchan wherein you would be able to observe wildlife from an elevated platform. Step into the shoes of the great shikari’s of the past and try to shoot the wildlife by your camera.

Start evening safari and enjoy the cool evening breeze blowing in the forest, learn to identify different bird and mammal calls. The guides will keep on educating you about the ways of the jungle, imparting knowledge about its different denizens all the while trying to locate the big cat for you.

Come back from Safari, have snacks, freshen up and the group would have a lively discussion about the various sighting and happenings in the safari.

This would be followed by review of photographs and exchange of tips with advice if needed for improvements needed.

Have a sumptuous dinner and retire for the day! 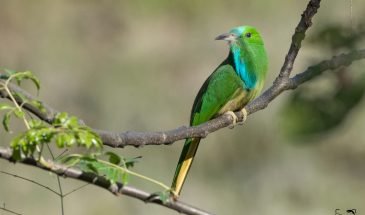 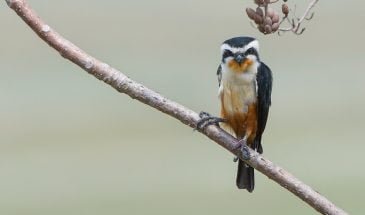 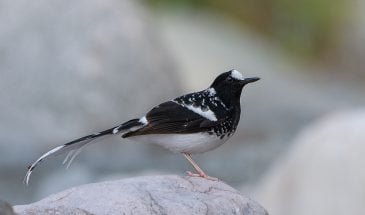 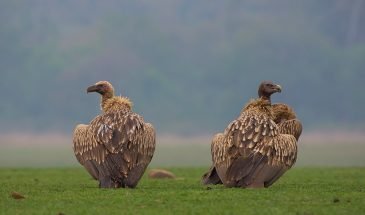 50% advance payment on the booking date and balance 50% on or before 90 days of travel.